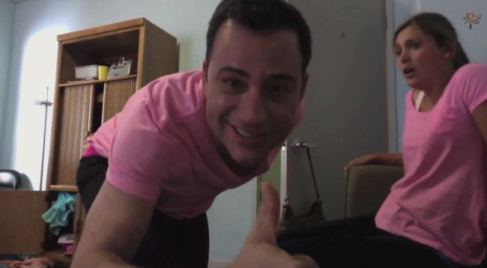 Media hoaxes have a long history. Perhaps the most famous radio hoax was the one directed and narrated by actor and future filmmaker Orson Welles. The episode was an 1938 adaptation of H.G Well’s novel, “The war of the worlds” (1898) about Martians invading New Jersey. “The War of the Worlds” broadcast caused panic to millions of people when it aired, and has spawned similar and successful hoaxes since.

Radio Lab (a podcast from National Public Radio in the United States) has an excellent show on “The War of the Worlds” broadcast and the Canadian “Teaching Kids News” (TKN) website has a twerking video hoax lesson plan from September 2013. Both are good media literacy resources about this issue.  Jonathan Tilly from TKN poses some excellent questions:

Writing/Discussion Prompt
1. What should a journalist have done to verify (check for accuracy) that the video was real?
2. Since some news stations did broadcast the clip, what should they do now?
3. If you had been tricked by this hoax, how might you feel? How would you respond?